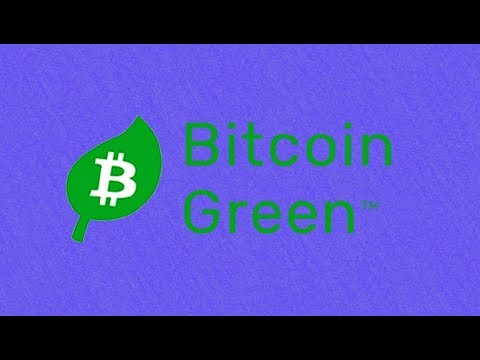 The following post by Brave_Little_Roaster is being replicated because some comments within the post(but not the post itself) have been openly removed.
The original post can be found(in censored form) at this link:
np.reddit.com/ CryptoCurrency/comments/7jxx8z
The original post's content was as follows:


I originally posted this to /bitcoin and /ethereum, but the mods deleted the post for some reason - citing it should get posted here.


"Beware he who would deny you access to information, for in his heart, he dreams himself your master."

The problem of access to free information is a problem that is plaguing the entire world right now. You have large corporations like Comcast monopolizing entire regions like the Pacific Northwest, or Telcel monopolizing entire countries like in Latin America. They use their lobbying power to control our Congress in America, or to corrupt government officials in others (what's the difference, really?). You have government's like Cuba, who have seized control over the entire flow of information. But, there's hope. Even in these most extreme circumstances, people find a way to keep information flowing, even without access to the internet at all. These groups think they can control the flow of free information with money or by force. I'm here to tell you: they're wrong, and they will never meet this objective, especially if the crypto community has a say in it. And right now, I think we have the loudest and most powerful voice if we can band together. The proposal I will suggest today could very well deliver the death blow to corporations like Telcel and Comcast, and release us of their strangleholds over our data. What if we can take back our data? What if, there's another way? What if it were possible to decentralize the internet infrastructure itself?
Back in 2011, we were hit with the Stop Online Piracy Act (SOPA), one of the first measures the FCC took to try to deteriorate our first amendment rights in America. This alarmed a lot of privacy advocates, especially after the Snowden leaks - because they knew we were now in for a long battle spanning decades to regain control over our privacy and our access to freedom of information and free speech online. In response, a few programmers came up with CJDNS - a proposed protocol designed around IPv6 that created its own encrypted network, particularly over wireless routers. This technology eventually became what I've came here to discus today:

It's time to reevaluate Meshnet. The technology of today is much better suited for making meshnet a reality than it was 6 years ago. I feel the time is right. For a quick rundown on what a meshnet is, you can watch this short, high level video: https://www.youtube.com/watch?v=1tEkyLOh-tY
In short, it is a way to turn your ordinary wireless router into an access point that lets anyone connect securely and privately to the internet. It allows the creation of its own internet, by daisy chaining each wireless router that joins the network together, allowing anyone to join a community owned and run ISP. So why isn't everyone using it? Why did it fail to receive widespread adoption? I believe there are several factors:


Proposal of guidelines for an incentive system within Meshnet

We need meshnet. I believe idea of the meshnet is possible with todays technology. Furthermore I believe that it is possible to achieve extremely rapid deployment of this network, if it is done in a way that will not only make participating in the network cheap, but gives regular people the capability of making money off the incentives. Unfortunately, I do not have the technical capability to do a project like this alone, but I can at least propose guidelines.
The incentive system should work similar to how storage based blockchains award their incentives. It needs to award: high scores of confidentiality, availability and reliability, number of people served, and raw throughput.


Proposal of guidelines for the blockchain.

It is an unfortunate fact that Bitcoin is not technically capable of this type of rewards and incentives based system in its current state. This is not an attempt to pump any coin over another. Bitcoin was simply not designed to do this, after all. Instead, I propose we should take a look at Bitcoins cousin, Ethereum. Regardless of what blockchain is used, I don't think we can afford to have meshnet drift back into obscurity this time. Ethereum already has the technical capabilities to merge meshnet and blockchain technology together. I propose an ERC20 compliant token should be created that can be exchanged directly to Bitcoin or Ethereum, and thus back into any currency in the world. This will tie critical, physical and core infrastructure to the blockchain, and add a measurement of value to Bitcoin or other coins that are not yet present.

A project this ambitions will take a lot of time and effort. Spread the word around, and get people talking seriously about a meshnet-based community ISP. I think it is something we can do to take back control over our basic human rights to free enterprise, free information and freedom of speech. We can't afford to fuck it up this time, especially with what's at stake. Let's go around the stupid bureaucracy, and just build our own internet without these people that seek to wring our pockets dry, censor our thoughts, and corrupt our governments. Let's get the discussion started on a crypto-backed ISP.

I have two routers in my home. The downstairs router is the one connected to the modem. Then, I have a second router upstairs which is daisy chained to the first router. I have a server upstairs with port forwarding setup on the upstairs router. The problem is that I cannot find the public IP of my upstairs router because all the whatismyip ... You can daisy chain multiple networks together as long as the routers are aware of each others Routing tables. Sort of. Be careful though. Most of the routers you'll be working with have firewalls,nat, and so on. I suggest that you turn all that off in the second router and let the first router do all the security and such. Online shopping for Electronics from a great selection of Network Adapters, Network Transceivers, Switches, Hubs, Routers, Wireless Access Points & more at everyday low prices. In doing so, I found an article How do I set up a DMZ for safer home web hosting? about using two routers daisy chained to create a multiple firewall effect. My interpretation of this approach is that adding another layer of router firewall protection would make it almost impossible for a hacker to get into my home network. So, in following the article, I have connected two routers together ... Are you sure that they’re really chained? I only ask because I don’t know. I assume you can easily test (some of) it by checking your ip from 1. chrome browser (zenmate), 2. from chrome browser with zenmate disabled and 3. from another device on your network. How can you test that Zenmate doesn’t bypass your OS VPN? The router I’m not worried about – btw, have you DD-WRT’ed it?